(Freshly transcribed from the envelope and embellished with additional Sanskrit). 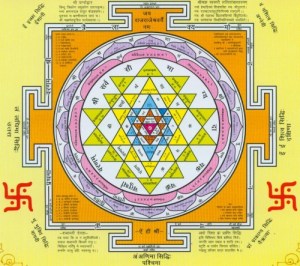 It is ironic that the Cathar faith resulted from the introduction of Hinduism into Christianity, and the ensuing re-activation of the occult dualism of Apollo and Dionysus which the church had submerged, because Hinduism itself was the product of the introduction of the dualist faith, mediated through Egypt and Alexandrian globalism, back into southern India in the 2nd and 3rd centuries BC.
The Sumerians had settled the Indus valley before 2500 BC, founding the civilizations of Harappa and Mohenjo-Daro, but this civilization had been destroyed by about 1500 BC by the Āryan invasions. The Āryan invaders, who continued to flood Northern India through to 1200 BC, penetrated as far as the Ganges and brought with them the faith of the Vedas. Their primary god was Indra, the Nordic Thor, and with him came the sky-god Dyaus, the fire god Agni, the wind god Varuna, and a host of others – those three being the Nordic Tyr, the Greek Zeus, the Nordic Heimdall,  the Greek Uranus and possibly the Nordic Odin. The Vedic faith – really the Indo-Iranian faith – presents one of the most exact parallels to Nordic-Germanic paganism practiced up until the time of Christianity, demonstrating clearly the racial origin of the Āryans.
By the time Alexander the Great, the Macedonian barbarian King, extended his empire to India in 326 BC however, the Indian faith had already changed. In the North, in the Ganges Valley, followers of the Buddha were putting into practice his warrior asceticism – in an effort to restore Āryan detachment in the face of a Brāhmaṇa priesthood increasingly obsessed with ritual and a religion whose hidden meanings they had forgotten. The disruption of power in the Indus Valley following Alexander’s rapidly ensuing death, united Northern India under a Buddhist power.
Two other events followed over the next century which allowed trade routes to form between Europe and China. Alexander’s death allowed two powers to form – one a Parthian empire, which drove Alexander’s successors out of Persia, and the Kushan Empire – which succeeded Alexander’s successors in Bactria. The formation of relatively stable empires opened the overland routes to the East. Then when Shih Hunag-ti united China in 221 BC and drove westward, extending his borders into central Asia, the Silk Road Formed, uniting East and West.
The formation of the Silk Road overland led to the formation of a trade route by sea as well. The Ptolemies – the Greek dynasties of Egypt – opened the route from the Nile to the Red Sea , and then, using the monsoon winds, from the Arabian Peninsula to India. From India, the Greeks sailed to Malaysia, ported goods across the peninsula, and went on to China. The Romans inherited this route, and it stayed open at least 400 – and possibly  800 – years, until the Roman Empire and probably until the rise of Islam.
Alexander had been an early advocate of a New World, One World Order, and to implement this, he formalized and imposed the religion of Serapis upon his conquered peoples. The religion of Serapis was focused on a Trinity of Isis, Osiris, Serapis, and Horapollo, or Horus the Younger, their child. This Trinity, of course, was an adaptation of the faith of the Great Mother, with Isis as Cybele, Osiris as Dionysus, and Horus or Horapollo, or Horus the Younger, their child. This trinity was an adaptation of the faith of the Great Mother, with Isis as Cybele, Osiris as Dionysus, and Horus as their child and the “infant” Apollo – Great Mother of Attis.
Essentially the dualism of Apollo/Dionysus , with Apollo the Hyperborean the Light God smiting the Dionysian serpent with his shafts, was turned on its head – and Apollo became the resurrected Horus, god of light, child and subordinate to his father, the chaotic Dionysus-Osiris. This trinity would graft onto Christianity, where Dionysus-Osiris – Yahweh, in this conception, would seduce Cybele-Isis-Mary, and produce Attis/Apollo-Horus-Jesus Christ . As we have discussed, this was certainly not the only religious tendency derived from the Great Mother to influence Christianity – but it was an important one, and one which become dominant on the Catholic Church. Further, this chaotic Dionysus would embrace the archetypes incorporated in YHWH. Sabazios – the Storm God Baal of the Hamites and Hyksos – and the sun devouring serpent.

It was this duality, Serapis and Horapollo, which the Greeks brought to southern India, and which the  Brāhmaṇa grafted onto the old fate of the Vedas to produce Brahma-Vishnu-Shiva. Brahma, the Creator, took on the role of the creator god. Atum, a being, who brought the world into being and then left it, in Brahma’s case falling into a deep sleep. Vishnu was the ever-resurrected sun-god –the god of order, who perpetually returns to the world to re-establish Brahmas’ creation. And Shiva became the chaotic god of destruction, whose wild dancing beats out the rhythm of Time, whose lingam represented embodied the ecstatic principle and whose wife, Kālī , was the Indian Great Mother Cybele. Horapollo-Serapis-Isis was Vishnu-Shiva-Kālī

These equivalences then beg the question – is Hinduism truly Āryan? Savitri Devi has found, in the pair Vishnu-Shiva, the dichotomy of the sun and storm gods, the sun and lightning of Āryan nature. Georges Dumezil saw the same dyad, Sun and Wind, in his book of the same name, Mitra-Varuna. What seems to have occurred is that the Indians took the truly Vedic pairing; Mitra the Sun and Indra the Storm, Apollo and Thor, to set the Hyperborean and Āryan equivalents, and imposed them into figures of Vishnu. Thus Shiva, in particular, was transformed into a new archetype – not Indra, but not truly Dionysus either.
Shiva had begun life as Rudra – a storm god but not the  Āryan storm God, son of the sky as Indra was. As such, Shiva illustrates Viktor Rydberg’s discussion, in Volume I, Part 2, of his Teutonic Mythology, of the duality of archetypes in Āryan religion. There, Rydberg looks at the Nordic figures of Heimdall and Loki, both fire gods, but one of which is for the Aesir and one of which is against them. Similarly, in many societies, we see two storm god figures, the Āryan son of the sky, under various names, and a figure like Baal-Marduk , the chaotic, swirling swarm of destruction. One, like Thor or Roman Mars , protected the people and watered the farmers’ fields; the other smashed and murdered the people, Shiva, absorbing and usurping Indra, incorporated both, becoming the Āryan destroyer, clearing the unhealthy so the healthy can live, and the non-Āryan opponent, the consumer power of the sun and the decaying force of Time.
This new faith – this Hindu composite of the Vedas and Serapis – then spread North, consuming Buddhism, which was breaking down into the Mahayana faith with its decidedly non-Āryan Bodhisattva, and conquering the Indian continent. The process took four or five hundred years, but by, 300 AD, India was Hindu, Buddhism had gone and East to the Pacific coast of Asia, and the Vedic faith of the Āryans was just a memory.