Some good news for once – Bill managed to knock back the restitution hearing in Florida. From the sounds of things some of the claims made were so ridiculously inflated that it had to be dismissed. Unfortunately the shoddy prison phone ceased to work half way through the call so I missed some details, but here’s the story as far as I understand it.

Bill has been shifted back to the Seminole County Jail/John Polk Correctional Centre. Some of you may remember the earlier controversy here when Bill attempted to sue the jail for abuse. Hopefully nothing goes wrong here again this time.

He’ll be here until the 23rd of March at least.

Here is the address: 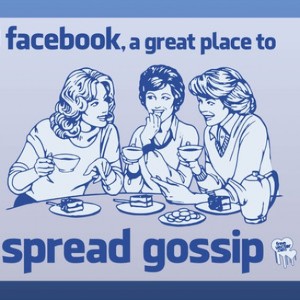 The RPN/Renaissance Vanguard are an odd bunch, and are almost universally despised by most serious Right Wing people due to Sebastian Ronin insulting and personally attacking everyone he meets online. Other targets have included Arktos, Matt Parrott (whom he loves almost as much as Brett Stevens), Imperium Europa, Iron March and a whole bunch of other people.

He has been continuously feuding with Brett Stevens now for years. One of his acolytes today decided to publish this, randomly inserting Bill White into their feud (Why? Who knows! I don’t think Bill even knows Sebastian Ronin!).

Here’s the part on Bill:

Another strange behaviour that is assigned to this persona is the defense of Bill White, another unstable weirdo from the Internet, but one who has been given media attention for his dubious claims to National Socialism. The author recalls having White on Facebook sometime around 2010-11, around which time White was claiming to be on the run from the United States Government in Iran, and perhaps other countries. It really just gets stranger, very much like what anyone finds when they research a secret society such as the Priory of Sion, strange behaviour that can only be understood as diversionary, a purposeful misleading distraction or perhaps even a bait of some kind, to ensnare the overly curious, naïve, and gullible. The author’s point is not to condone or condemn any of these ideologies, but clearly this is more than a matter of ideology. It’s a psychological problem. The point of mentioning Bill White is to further question Brett Stevens intentions. Why is he trying to co-opt and mislead racial political narratives into a neoconservative, Jewish course that does nothing outside of voting for Mitt Romney while simultaneously defending and promoting one of the most outrageous and destructive personalities American White Nationalism has produced?

What’s the point of this?  Bill White and Brett Stevens disagree with many things: the issue of  the Jews is one of them. One is anti, one is pro – so I don’t understand the grounds for comparison here. Is he trying to say Bill is secretly philo-semitic? Or that Brett Stevens is secretly anti-semitic? The truth is simple, they just both disagree but remain civil over the issue so this paragraph is just plain stupid.

This is a case of the pot trying to smear the kettle however. Sebastian Ronin, as  he freely acknowledges in his self-published person diary Asschlug,  is a militant supporter of Anders Breivik and sends him letters regularly – letters which are so full of gushing compliments they border on homoeroticism – he is therefore, a major terrorism suspect and he has also been investigated by the FBI. Sebastian Ronin is also known for having printed and distributed flyers saying ‘White Americans deserve violence’ (he is in Canada, and  has a festering hatred of North Americans who he believes are all Jews and racially inferior ).

Here’s the article on Breivik Ronin composed before sending him ‘love letters’: https://hammerandanvilmyblog.wordpress.com/2011/07/27/the-breivik-action-the-first-archeofuturist-victory-%C2%A9/

And here is the link to Sebastian Ronin’s flyer stating ‘white americans deserve to die’ with a picture of 9/11 in the background http://rpnamerica.blogspot.com

But despite all this, the FBI still has not arrested him. They arrested Bill White for much less. So why not Ronin…?

Time to update the address book again (!) Bill is now at USP Canaan and probably enroute back to the abyss…sorry I mean Florida.

There is a restitution hearing scheduled for March 23 (which given Bill’s lack of money, is a total waste of everyones time).

However he also has a hearing in Chicago on March 10 so he could also end up there.

No one knows for sure where is headed at this point, though usually he gets stuck in solitary in Oklahoma in-between the Hell of Florida and/or Chicago for a while.

Given the transport schedule, don’t be surprised if there are difficulties with the mail.