Hackers, Trolls and Other Noxious Creatures

Beloved Readers! Please allow me to tip my hat to you – but I have had more trolls under my bridge than a Norwegian fairy tale for many years. Every ridiculous fool online, every blathering nincompoop, all surly correspondents, and blabbity blab losers – well – please allow me to elucidate. Paid government trolls are real as well as government informants, and good deal more common. Fortunately, it has come to my attention that there is a hacker circling around Bill’s websites and we have therefore tightened up our internet security. But everyone else needs to be aware of the nasty hackers and trolls lurking in the shadows.

The astute amongst you will note that over the last few years, Bill’s online reputation has been shot to shit by someone, some anonymous sickly little shadow sulker that exists to spew venom from it’s noxious anemic and withered frame – probably cackling all the time whilst they do it no doubt. And I’m sure there is more than just the one of them around….. 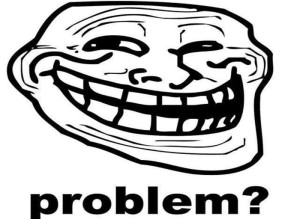 “Their mission has nothing to do with national security, fighting terrorism, and catching criminals. Their mission is to distort public opinion and spread propaganda in order to generate a ‘consensus reality’ – and they are responsible for polluting the internet with much of the garbage in comment sections, Facebook groups, forums and bogus blog posts.” “Among the core self-identified purposes of JTRIG are two tactics: (1) to inject all sorts of false material onto the internet in order to destroy the reputation of its targets; and (2) to use social sciences and other techniques to manipulate online discourse and activism to generate outcomes it considers desirable. To see how extremist these programs are, just consider the tactics they boast of using to achieve those ends: “false flag operations” (posting material to the internet and falsely attributing it to someone else), fake victim blog posts (pretending to be a victim of the individual whose reputation they want to destroy), and posting “negative information” on various forums.” From the following article on how professional trolls assasinate people’s image and credibility online. http://21stcenturywire.com/2014/03/01/paid-govt-and-corporate-internet-trolls-are-real/