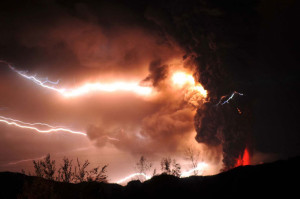 Shoppers at a local mall were horrified today as a dark rift opened in the sky, opening the Gates to Hell and spewing forth spam all over Orlando Florida. Hundreds of people were forced to run for cover as a large amount of emails rained down upon from the sky. One terrified shopper said:

“I’ve never been so s**t scared in my whole life, there were emails everywhere. It was worse than dating spam. I had to run for cover but six of them chased me down the street. They were unstoppable.”

Another man reports that he read some of these emails, saying;

“It was horrifying, they were full of ancient history. They followed me 10 km up the road, I thought I’d never escape.”

After careful examination of Facebook, the Department of Histrionics has alleged that the spam was conjured by white supremacists using the unholy power of  the Necronomicon.

Reports of people being traumatised by email falling from the sky have been pouring in from all over the country. Citizens of Roanoke have also claimed that unholy forces conjured a tornado containing spam which disrupted traffic and  ripped their houses apart like matchsticks. Cthulhu has been sited off the coast of Hawaii and is alleged to be bringing further email.

“It’s the end of the world, we are going to drown in spam!” one surfer cried as he saw Cthulhu rise from depths clutching a seething mass of vitriolic emails.

The Department of Histrionics advises people to turn off the internet, mobile phones and all devices in case of receiving emails. Scientists are still studying the unholy power of the emails to understand exactly how and where they came from.

H.P. Lovecraft is believed to implicated.