The first two draft versions of Chapter One and Two of Serpents Blood are currently online and available for download on the manuscripts and files page. They are hand written notes drafted in dank, squalid US prison cells, so don’t expect them to be of the same standard as a typed and fully edited material. I would imagine that the final version will be quite different to the rough drafts.

As to my prolonged absence from this site…I have my own websites to maintain, which requires a lot of work. This website is but one of many, and all of them require updating on a constant basis.

Okay – we still haven’t from Bill so we don’t know what happened or why no one has heard from him yet, but according to the BOP locator he is now back at Loretto. He should be here for a while so start sending mail again.

Now that I have lulled you all into a false sense of security with wit and satire, it is time to reveal a few shocking facts about Bill White’s trial in Florida (AKA The Great Facebook Trial) that will make you truly angry.

Why now? Because Bill’s trial is over and the media will now be whipped into a blood frenzy by the ‘Ministry of Histrionics’ – after all, how can they resist the chance to kick a ‘white supremacist’ while he’s down?

Playing the media works both ways – what goes on television creates web traffic  here too. And this why I have said nothing of the case earlier; it had to be left until the last possible moment to do the maximum amount of damage by posting it when web traffic is at its peak.

There are a number of facts which I have not mentioned because I didn’t want to present any of this information before the trial was over in case it gave the US Attorney any hints.

Here’s what really happened, and what the mainstream media is too scared to say. After all, it has no interest in truth, just whipping up hysteria in the plebs over mythical ‘white supremacists’, whatever these non-existent scapegoats maybe:

Three nearly simultaneous attempts to hack the account which is used for nothing but Bill’s stuff. This email address is only used for Overthrow and is therefore a recorded attempt by someone using TOR or similar IP anonymising software to hack Bill White.

The fact that is recorded by google as three suspicious intrusions should have prevented this whole silly email hoax legal-farce from ever eventuating.

I have another twenty or so more screenshots and achieved files of hacking attempts, all made during the period June 23rd – 25th….made at exactly the same time Bill White was removed from all contact in the Sanford County jail. These images and files are stored offline in three different locations, in case I need them.

Just to be a real bastard, here’s the IP of one of them. Who’s ‘Buddy’? A hacker obviously since he doesn’t have an account here and is trying to crack the backend:

Note the date too – right when Bill disappeared from all contact in Florida and claims to be tortured by the jail. One hell of a ‘coincidence’ eh?

Hacking, with evidence I believe, is a greater crime than that of juvenile hoax emails, yet it doesn’t seem to be being investigated by anyone at all, and the US government has no interest in this, despite the fact that its a real crime with evidence unlike the stupid 100 years for blog posts case.

So regardless of what the jury decides, I’m dismissing this entire case as a massive load of codswallop.Considering I witnessed most of these events unfold firsthand on Facebook, there is nothing any court can do to change up mind. Every particle of this case is utter codswallop to its rotten stinking core.

Bill White was hacked and set up by someone, most likely one of the people with the IPs above who tried to hack me as soon as the Florida case commenced and Bill was ‘removed’ by the jail for what is called ‘soft torture’.

Hopefully the jury has some shred of common sense and is not depraved enough to convict someone for 100 years over emails containing death metal lyrics and sent by hackers. The whole Florida incident looks insanely ridiculous, like a trip through Alice in Wonderland. It’s the stupidest court case I’ve ever seen and much of the documentation reads like a sick version of a Monty Python skit. The fact the someone was actually tortured for blog posts and emails is quite frankly more repulsive than any written correspondence ever could be.

I’m not in America and if you do indeed have laws that permit people to prison sentences of 100 years over emails and anonymous blog posts, it’s time you had a god damn good look at the legal system, because it looks from here to be nothing more than a piteous abuse of legal power and not ‘justice’. Add in the torture, and it makes your fetid hole of a country look really rancid and corrupt.

Why should people receive longer prison sentences for emails than people do murder? It’s utterly stupid and disproportionate. No wonder America is slowly turning into a third world country if it  has no common sense and no real Justice.

If Bill White gets 126 years for blog posts, quite frankly your country is so utterly deranged you should relocate to a saner, less hysterical country.

Multiple people appear to have conspired in these cases to kick the living crap out of Bill, covered up the dirt they did and then tried to go on their merry way…except for one thing – someone got caught with their hands right in the proverbial cookie jar.

The other problem is also why none of the evidence on hackers was used in a trial about Facebook comments and hacking software.

Bill was initially optimistic that he’d have an honest trial, but now faces 126 years in prison as he was found guilty by sleeping jurors of making anonymous blog comments and having a hacked Facebook page.

You can help him recover from being tortured in prison for making anonymous blog comments by buying some books and sending donations.

If I don’t here from Bill on Monday, I’ll assume the John Polk Correctional Centre has resumed its torture schedule. Please circulate this post as far and as wide as possible to expose the bilious nature of the constructed internet narrative revolving around the obviously hacked Facebook account which has been fabricated for reasons unknown by persons as yet unknown.

And the torture of course.We can’t ever let the USA forget that it had someone tortured for anonymous blog posts. 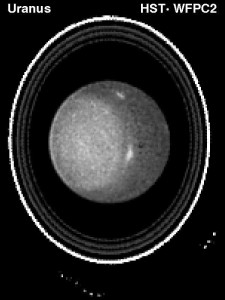 Scientists at NASA documented for the first time a massive amount of anonymous blog comments that had been encrypted and transformed into radio waves.

Facebook is expected to go down. Millions of people will be forced to converse with each other and live in the real word. Citizens are terrified at the thought of living without Facebook and SMS messages. It is also feared teenagers will no longer be able to procreate without the ability to take ‘selfies’.

The economy is also set to take a hit as people will have to use real currency instead of imaginary bits of plastic and paper. Life on earth will changed, lives devastated as internet users are forced to interact with each other and the world is plunged back into the 1980s.

We interviewed one web troll, who claimed to have spammed thousands of websites with anonymous blog comments out of personal boredom and he said:

“Anonymous blog comments aren’t the problem. The problem is most websites are crap. If they weren’t crap people wouldn’t troll them and leave anonymous comments there in the first place. These websites really are s**t.”

Joe Schumckzi, owner of some of the world’s most visited sites, denies his websites are full of crap.

“We have articles on celebrities, sports, models, fashion and hundreds of recipes. I use small words and limit content to the reading level of twelve year olds, how can it be crap? I don’t understand. I’m truly sorry that my websites have generated so many anonymous blog comments that they now threaten to plunge us back into the 1980s, but I just don’t know what I can do to stop anonymous blog comments. I just can’t write interesting content.”

The Ministry of Histrionics warns that humanity should prepare to be plunged back into the 1980s early next week in case the solar flares hit. Users found to making anonymous web comments may have to be incarcerated to prevent further solar flares.