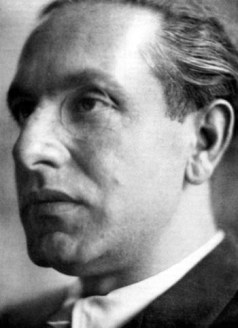 (Article by Bill White from the Barnes Review)

BORN IN ITALY, JULIUS EVOLA (1898-1974) became a philosopher who rejected modernism in favor of traditionalism—and for this he was dubbed “a dangerous beast.” Evola was quick to support the Italian Fascist “experiment” and provided intellectual contributions to Mussolini’s new system of government. He wrote in support of Mussolini and Hitler, combining traditionalism with nationalism, in search of the primordial force that renews itself through the heroic deeds of men belonging to a natural elite. His philosophy seeks to unify religion, politics and culture to provide an “ascendant” or continually improving outlook to society.

In the beginning there was the “Tradition.” Hesiod knew it as the “Golden Age”; the Norse remembered it as the time the gods played games upon the green Earth; the Vedic Indians knew it as the Satya Yuga—the “age of truth.” In the 20th century, the leading teacher of this Tradition, the root of Aryan culture, was Julius Evola (1898-1974).

Evola was an Italian baron—Barone Giulio Cesare Andrea Evola—who served in the German SS during World War II, and whose activities after the war inspired and gave form to what has become the Aryan resistance to the Jewish and Masonic efforts to destroy and control the world.